Book a table Book
A TABLE 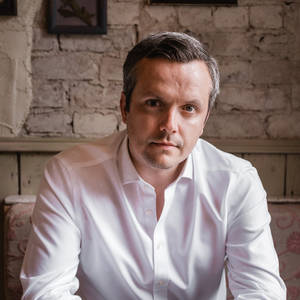 Chris Hill is the CEO of The Club House and six other concepts under New World Trading Company (including The Botanist, The Florist, The Canal House, The Trading House, The Oast House and The Smugglers Cove)...

Chris spent 10 years climbing the career ladder in all aspects of the hospitality industry where he eventually became CEO of the multi-award-winning New World Trading Company in 2013.

Chris completed a Private Equity backed MBO in 2016 and has since grown NWTC to 20+ sites across the UK with many more to come. His voyage has made NWTC one of the fastest growing businesses in the UK and widely recognised for its innovation and employee culture. Chris has navigated his business by developing like-minded people who share his values, and those of the NWTC team.

Named in the NRB Top 50 list, awarded a Catey in 2017, recognised as the Rising Star at 2015 RROTY Awards, and named 2018 Trailblazer of the year, Chris is a proud CEO, doting husband and father… and a frustrated Everton fan.

The Club House is a Hamptons inspired haven bar and restaurant in Liverpool with a contemporary food and drinks menu to satisfy anyones desires.

Sign up here to receive news of our escapades as well as exclusive news and events.